The Chisholm Trail is a new cycle and pedestrian route proposed for funding by the Greater Cambridge City Deal. It will run between the existing train station and the new (‘Cambridge North’) station at Chesterton, and will provide residents of Petersfield a quicker and safer route: 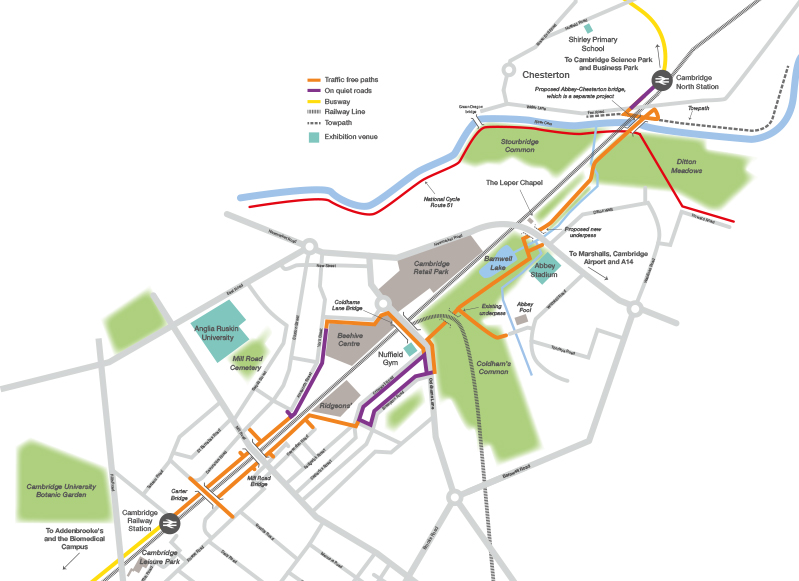 We are strongly supportive of the Chisholm Trail as it will provide considerable convenience and safety for residents of South Petersfield and visitors. Not having to cross Mill Road at the busy and dangerous crossing at Devonshire Road and Kingston Street will be a particular relief to parents with young children (many of whom attend St Matthew’s Primary School to the north). For residents who work at the business parks on the northern fringe of the city, cycling to work will become considerably more attractive.

Of particular relevance to us are the connections to the western route from Devonshire Road and Mill Road, which are not clear from the diagram. Will there be access:

The lead council officers are Liz Waring and Patrick Joyce.

This site uses Akismet to reduce spam. Learn how your comment data is processed.